This past Sunday, I bundled up in many layers against the cold of the polar vortex and walked over to Larimer, from my row house rental on Borland St., down East Liberty Blvd, left on Frankstown, left on Lowell. I didn’t take a bus to where I was going. I wanted to walk alone through streets that are riddled with vacancies, empty houses, empty churches, empty businesses, empty lots. I needed to walk on foot through the larger scene of two deadly crimes, one last year, one last week.

I needed to look at this window, again, after a full cycle of seasons. Very early last year, in the first few days of January of 2013, I stood on the other side of that glass, inside the apartment. I stood and looked at a pool of dried blood under the Christmas tree that had not been taken down. I looked at the larger pool of blood near the window, where a few nights before, the police had briefly spoken to man who was not quite yet a murderer through the thick panes of glass.

Further inside, farther back, away from the window, unseen, a woman waited for the help she had called for.

But before I write about that night, about the many years of choices and layers of systems that helped set the stage for that particular shooting of a friend I loved, as I consider the particular reasons for the murder of Hosea Davis by assault rifle just a little over a week ago, just around the corner from this spot, I think it is important to listen to Hosea’s cousin, Michelle Gilmore, as directly quoted in these two new stories I’ve linked to.

“People don’t understand the struggle we deal with every day, living in the inner city, hearing gunshots every night. There’s not an easy night that somebody can sleep,” Gilmore said. “Different gunshots, like, every hour. We just want the violence to stop. You’re tired of burying your kids, you’re tired of violence every day, you’re tired of murders being unsolved…Till you live in our area and know how we feel, can’t nobody walk in our shoes. People have no respect for human life these days. It’s got to stop somewhere. We need to take back our streets. We need to stand up and take our kids back.”

It was important for me to walk through the physical streets where Michelle Gilmore said those words. I needed to pull back and look at those physical vacancies that reflect a larger vortex of choices and consequences, a deeper poverty of root and branch, a long-time corrosion and corruption, not only of the Pittsburgh Police Bureau, but of the very fabric of what we sometimes too lightly call “community” in this city.

In her book, The Death and Life of Great American Cities, Jane Jacobs wrote about some of the causes of corrosion and vacancy, I see all around me here in Larimer, the combination of fear and detachment that I hear in the voices of the neighbors along this block when I ask about the murders, of my friend, last year, and of Hosea last week. 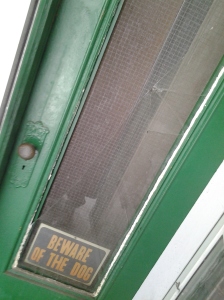 ….Today barbarism has taken over many city streets…It does not take many incidents of violence on a city street, or in a city district, to make people fear the streets. And as they fear them, they use them less, which makes the street still more unsafe…

…The barbarism and the real, not imagined, insecurity that gives rise to such fears cannot be tagged a problem of the slums. Nor is it illuminating to tag minority groups or the poor, or the outcast with responsibility for city danger. There are immense variations in the degree of civilization and safety found among such groups and among the city areas where they live. Some of the safest sidewalks in New York City…at any time of day or night, are those along which poor people or minority groups live….the public peace – the sidewalk and street peace – of cities is not kept primarily by the police, necessary as the police are. It is kept primarily by an intricate, almost unconscious, network of voluntary controls and standards among the people themselves, an enforced by the people themselves….the problem of insecurity cannot be solved by spreading people out more thinly…

Blind eyes painted on the walls of abandoned church in Larimer.

…A well-used city street is apt to be a safe street. A deserted street is apt to be unsafe….there must eyes upon the street, eyes belonging to those we might call the natural proprietors of the street. The buildings on a street equipped to handle strangers and to ensure the residents of both residents and strangers, must be oriented to the street. They cannot turn their backs of blank sides on it and leave it blind.

“The basic requisite for such surveillance is a substantial quantity of stores and other public places sprinkled along the sidewalks of a district; enterprises and public places that are used by evening and night must be among them especially. Stores, bars and restaurants, as the chief examples, work in several different and complex ways to abet sidewalk safety.

“First, they give people — both residents and strangers — concrete reasons for using the sidewalks on which the enterprises face.

“Second, they draw people along the sidewalks past places which have no attractions to public use in themselves… Moreover, there should be many different kinds of enterprises, to give people reasons for crisscrossing paths.

“Third, storekeepers and other small businessmen are typically strong proponents of peace and order themselves; … they are great street watchers and sidewalk guardians if present in sufficient numbers.

“Fourth, the activity generated by people on errands, or people aiming for food or drink, is itself an attraction to still other people. (Jacobs, 30-37)

I can’t know if a thriving neighborhood with watchfully engaged neighbors and regular small business traffic would have made the difference in the continued life of my friend, or of Hosea Davis. But as I considered the well-being of other friends, neighbors, and co-workers in other neighborhoods facing similar challenges of vacant, abandoned, and blighted properties which are tied up so closely with overall public safety, I resolved to pay close attention to the recently introduced legislation for a land bank proposed by City Councilwoman for District 7, Deb Gross, evidently partly informed by Transition Team recommendations which assess such legislation as one of the best chances for bringing such properties back into circulation, and back to shared life.

I was tired after looking at that window from where the police stood and talked to Anthony Brown through the glass, far more tired than my short walk through the snow would have explained. I decided to take the bus back home. As I caught the 82 Larimer, the bus driver spoke to me with notable concern and welcome: “Take your time, now, and be careful,” she said as I stepped through the thick snow at the curb, out of the bitterly cold vortex into the warmth of the bus. I stood with her a moment, told her I was writing about the needs for change in Pittsburgh, traveling across the city by bus to hear people’s concerns, ideas, hopes.

I didn’t tell her about my current focus on this general Transition Team topic of Public Safety, but her response met the weight of my own memories and concerns halfway. “Here on this bus,” she said, “I try to do whatever I can to make people feel safe. I want them to feel safe on here, wherever they’re coming from, wherever they’re going.” As she took me back home, again and again she spoke with people she’d come to know over many, many days of taking them to work, to school, to shop, to church, to all the necessities and pleasures of life and back home again. She asked about what was going on with them, how their families were doing, how their jobs were going. She watched and responded to what was happening on the streets she was driving through, commented to the passengers standing at the front of the bus. Again and again, as they got off, she said, “Take your time, stay warm, be careful now.”

When I got off the bus, I felt safer.

Helen Gerhardt: Pittsburgher, writer, member of the Commission on Human Relations: nothing written at this blog reflects the views or positions of the Commission.
View all posts by helengerhardt1 →

Right To The City Alliance

WWVB : What Would Vannevar Blog?

IheartPGH: a blog about Pittsburgh and people who love this city